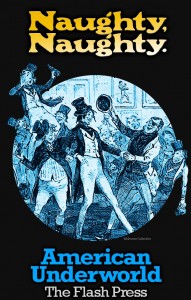 • A unique, short-lived and often bawdy form of journalism
• Exposes urban America’s seamier aspects, including brothels, blackmail and betting
• Rare insights into the underground economy and literature of the 19th century

Named for The Flash—the New York newspaper published briefly in the 1840s—The Flash Press covered the seamier aspects of urban life. The more than 60 papers in this newly digitized collection provide unique coverage of crime, scandal, brothels and blackmail, combined with reviews of the bawdiest theatrical performances on offer and reports on sporting events such as cock-fighting, boxing and horse racing.

The newspapers in American Underworld: The Flash Press were collected by the American Antiquarian Society, whose curators report that they are heavily researched there. They are among the rarest of all American newspapers, and are of particular value for classes in urban sociocultural history, U.S. media studies and American legal history as well as for scholars in the fields of 19th-century sexuality, women’s studies, ethnic studies, urban life, criminal activity, print culture and underground economy and literature.

For further information about this collection please contact Peter Dodd