Nuclear weapons. Global propaganda. World protest movements. America at war. East-West policy and politics. Each of these subjects is ripped from today’s headlines. Now, this newly expanded family of digital resources provides global perspectives on these extraordinarily important research areas. The latest five modules in this ten-module collection are:

For decades the official newspaper of the Communist Party of the Soviet Union, Pravda was widely read both within the Soviet states and by foreign diplomats, politicians, and intelligence agencies. Researchers have long considered Pravda a bellwether of Soviet thought, yet access to the paper’s archives has been limited to those who could read Russian or travel to find it on microfilm. Now, with Readex’s Pravda Archive, 1959-1996, this important trove of selected published articles is available in English via a fully searchable digitized collection. 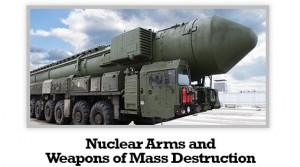 Beginning at the end of World War II and continuing through the Cold War period and beyond, tools of radioactive, chemical, and biological warfare played a role in many of the 20th century’s most significant events. From the Cuban missile crisis to the Gulf War, the development, proliferation, and containment of weapons of mass destruction shaped technology, international conflicts, politics, and more. Researchers in a variety of disciplines will find no more comprehensive resource for studying these issues than Nuclear Arms and Weapons of Mass Destruction. 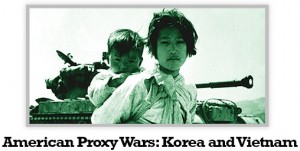 The Korean and Vietnam wars were two of the defining events of the 20th century. While the origins of both conflicts are rooted in their countries’ respective histories, much of the world regarded the wars as proxies for the larger Cold War between the United States and the Soviet Union. To understand the Korean and Vietnam wars and their influence on 20th-century geopolitics, researchers need original sources covering Cold War politics, East-West relations, colonial history and more—all of which are found in American Proxy Wars: Korea and Vietnam. 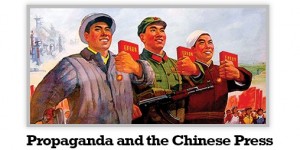 With more than 170 foreign and 31 domestic bureaus, Xinhua, or New China News Agency, has a broad reach in China and around the world. And as the official organ of China’s Communist Party, it’s long provided the country’s perspective on international issues and events. Now, for the first time, a wide-ranging archive of articles published by Xinhua between 1946 and 1996 is available in English through Propaganda and the Chinese Press—a vital digital resource for researchers seeking to understand the role that Communist mass media played in Chinese culture, the Cold War, and 20th-century world history. 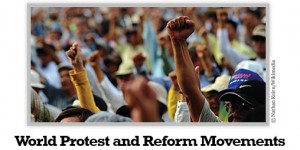 From politics to human rights to environmental issues, protests and reform movements have shaped modern global society. A protest that marked a turning point in one country, however, may have had entirely different consequences for another. Readex’s World Protest and Reform Movements is the only digital resource that brings diverse global reactions to major 20th-century social movements together into a single fully searchable resource. This unique collection of primary source material offers researchers in a variety of disciplines valuable insight into the protests and reforms that changed the course of world history.